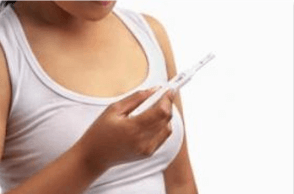 Pregnancy is an exciting time, especially because so many women with PCOS have been trying to conceive for years. Having PCOS and being pregnant, however, poses additional risks for women with the syndrome, especially for developing gestational diabetes mellitus (GDM), a condition of high glucose levels during pregnancy.

PCOS and the risk of gestational diabetes

You are at high risk for gestational diabetes if you:

If not well-managed, gestational diabetes can cause significant problems during pregnancy and labor for both mom and baby.

How women with PCOS can prevent gestational diabetes

If you have PCOS and become pregnant, glucose testing should be done as soon as possible to screen for gestational diabetes. If the results are normal, testing should be repeated by the standard screening time for all pregnant women, between 24 and 28 weeks gestation. While early testing won’t prevent GDM, interventions to maintain proper blood glucose levels that are started early on, will help to optimize pregnancy outcomes.

Since high sugar and refined carbs dramatically increase glucose and insulin levels, they are best to be limited during pregnancy. This includes juice, regular soda, white bread, sugary cereals, pastries and baked goods.

Be sure to include fiber in your meals. This can be from fruits, vegetables, beans, lentils, and whole-grain breads. One large study looked at the diets of women before they got pregnant. Every 10 gram daily increase in fiber reduced their risk of GDM by 26%.

Because dieting is never recommended during pregnancy, women with gestational diabetes should receive nutritional counseling from a registered dietitian nutritionist (RDN), such as those at the PCOS Nutrition Center. An RDN can tell you which foods to eat and which to avoid, as well as educate you about ideal portions and meal timing. All of this will help optimize glucose levels and support a healthy pregnancy.

Exercise is extremely important for women with PCOS, especially when it comes to preventing gestational diabetes during pregnancy.

Consistent, moderate-intensity physical activity may improve insulin resistance by lowering blood sugar levels, and aid in weight management in pregnancy. In one study, researchers found that women who were physically active before and during their pregnancy reduced their risk of GDM by about 70% or even more. The women got about 4 hours a week of physical activity. Walking and swimming are great, low impact exercises to do during pregnancy.

It has been shown that myo-inositol (MYO) can reduce the risk of GDM in pregnancy in women with PCOS. One study showed the prevalence of GDM in the MYO group was 17.4% compared with 54% in the control group. More studies are needed to show the benefits and risks of taking MYO in pregnancy. MYO could cause low blood sugar and should only be used in pregnancy under the care of a physician.

Who’s at risk for PCOS?

Who has an increased risk for PCOS?

The main risk factor for polycystic ovary syndrome (PCOS) is genetics. A woman’s risk for PCOS is higher if she’s genetically predisposed to it: that means other women in her family have PCOS, have irregular periods or have diabetes. PCOS can be passed down from either your mother’s or father’s side.

A family history of diabetes may increase your risk for PCOS because of the strong relationship between diabetes and PCOS.

Long-term use of the seizure medicine valproate (such as Depakote) has been linked to an increased risk of PCOS. 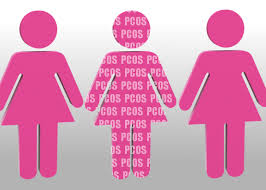 Polycystic ovary syndrome (PCOS) is a common ovulation problem that affects about 5% to 10% of women in their reproductive years.

PCOS is a hormonal imbalance that can make the ovaries stop working normally.

In most cases, the ovaries become enlarged and appear covered with tiny, fluid-filled cysts.

What are the symptoms of polycystic ovary syndrome (PCOS)?

How can I cope with PCOS?

PCOS can be emotionally trying for women. Those who suffer from PCOS often report feelings of depression, pregnancy concerns, and feeling self-conscious about their appearance.

If you have PCOS, it’s important to remember that you’re not alone — therefore, you shouldn’t go through this emotional journey by yourself.

There are countless resources for women to help them cope with the emotional effects of PCOS. Reaching out for help is truly taking the first step in winning the physical and emotional battles of polycystic ovary syndrome.

If you’re feeling alone in your PCOS journey, please contact me today. For over a decade, I’ve been working with top doctors in women’s health and fertility to design the most comprehensive and effective nutrition programs for women with PCOS.

We’ll make PCOS a minor bump in the road, and get you back to the healthiest version of you.